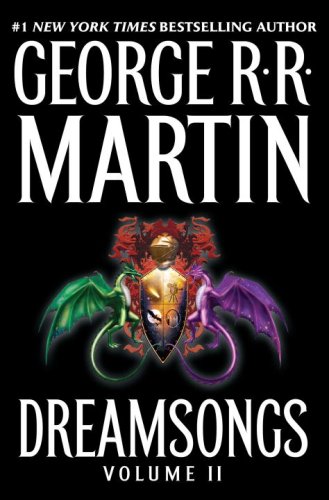 Equal parts short fiction collection and candid retrospective, this second and concluding volume of Martin's shelf-bending compendium highlights a wide variety of his later work, including two stories set in the shared, superhero-laden universe of Wild Cards; “The Hedge Knight,” a prequel to the epic Song of Ice and Fire fantasy saga ( , etc.); and “Doorways,” an action-packed, exceptionally plotted pilot script for a science fiction television series that never aired. Other notable selections include “Portraits of His Children,” the Nebula-winning story of a self-absorbed writer forced to come face-to-face with the consequences of his own heartlessness, and two outstanding cautionary tales featuring space-faring ecological engineer and savvy opportunist Haviland Tuf. Science fiction, fantasy and horror fans alike will be blown away by the diversity and quality of stories as well as by Martin's extensive and frank commentary about his life and experiences in the publishing and television industries, backed up by a 24-page bibliography. Both physically and thematically immense, this extraordinary collection is one to cherish.