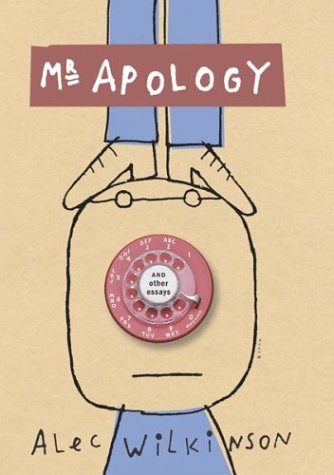 This collection of essays and vignettes draws upon more than 20 years' worth of writing, primarily for the . The magazine's profile writers tend to concentrate on a certain type, and quintessential Wilkinson involves tagging along as a creative personality operates at the fringes of his or her "art world," as in "Mr. Apology," in which a the curator of an apology hotline becomes caught up in one caller's frenetic murder confession. In the book's first section, we encounter the man who does Elmore Leonard's research; a photographer who specializes in taking pictures of "secret" cars before they are brought to market; and a group of urban gymnasts who perform in a vacant lot in the South Bronx. Even the most famous subjects, like Grateful Dead guitarist Bob Weir, maintain some level of obscurity; the profile of rock legend Paul Simon is mostly about the near solitude in which he toils at his craft. The middle section is more personal, about raising a child who may have Asperger's syndrome and about Wilkinson's relationship with William Maxwell (more or less duplicating his previous book, ). The last five essays, including the title piece, end the volume on a down note, but among them a chilling 45-page portrait of John Wayne Gacy is among the author's best work. It crystallizes three aspects of Wilkinson's talent displayed throughout this collection: vivid descriptions of the settings in which he conducts his interviews, keen psychological insight and an intuitive sense of when to step back and let his subjects speak for themselves.