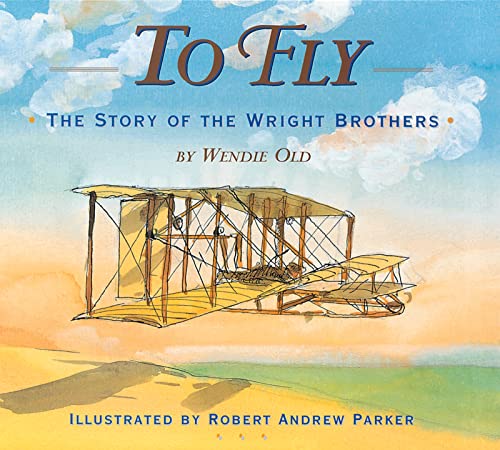 TO FLY: The Story of the Wright Brothers

Behind the world's first manned flight were Orville and Wilbur Wright, two brothers with a dream and the determination to carry it out. In this rather dry biography, Old (, for older readers) draws on a wealth of historical and personal facts (the brothers wore business suits during their beachside experiments; they lived at home and never married). She recounts the Wrights' childhood fascination with flying ("Many a night [Orville] lay in his bed in Dayton, Ohio, imagining what it would be like to swoop through the sky"), their experiments with kites and gliders, and the events of December 1903, when they flew four short flights off the dunes of Kitty Hawk, N.C. Clearly written passages explain how the brothers drew on their personal strengths—Orville was the idea man, Wilbur the problem-solver—to overcome such knotty scientific obstacles as air pressure (they built a wind tunnel in a washtub). The exhaustive details are well supported by Parker's () sophisticated ink-and-wash illustrations, which resemble the fast, loose sketches of a scientific notebook and retain a suitably airy feel. His drawings of the brothers' Kitty Hawk attempts soar off the page and prove more inspiring than the academic tone of the writing. For young history and flying buffs, this book capably delivers the facts, then sends imaginations into flight on the wings of the illustrations. Ages 7-11.