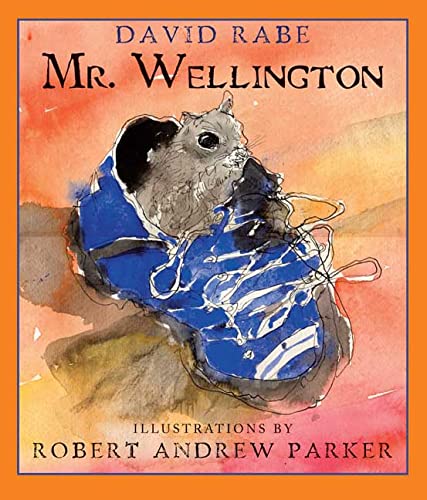 “Mystery. And the dark of night coming down all around him. And the squirrel didn't know where he was.” That's the predicament of a squirrel that has fallen from his tree in this thoughtful debut by Tony Award–winning playwright Rabe. Alternating chapters use realism to contrast the perspectives of the animal and the boy, Jonathan, who takes him home. To the bewildered squirrel, the boy's touch is an inexplicable “warmth,” and his cage is “silver branches keeping him away from whatever was beyond them.” To Jonathan, a cute potential pet (dubbed Mr. Wellington), becomes fully realized as a wild animal that is suffering in captivity. By sharing the squirrel's eye view—and the wisdom of a naturalist who helps Mr. Wellington—this compelling story nurtures a healthy sense of respect for wild animals. While clearly defining the species' differences, Rabe draws comforting, if occasionally heavy-handed parallels, suggesting that growing up is a challenge all can meet, whether learning to play hockey or cracking open an acorn. Final art not seen by . Ages 6–10.