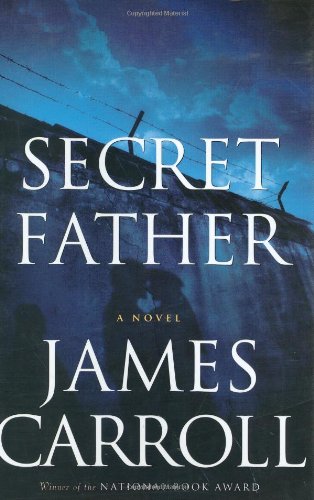 The heart of this fine novel, Carroll's first in nine years, is spelled out in the book's epigraph, a line from Dostoyevski: "Real love, compared to fantasy, is a harsh and dreadful thing." Seventeen-year-old Michael Montgomery, crippled by polio, lives with his banker father, Paul, in Frankfurt, Germany. Ulrich "Rick" Healy is Michael's rebellious best friend, son of an American general, David Healy, and his German wife, Charlotte. Katharine "Kit" Carson is Rick's girlfriend, also an army brat. The year is 1961 and all three attend the American high school in Wiesbaden. Rick, a budding socialist and leader of the three, decides they should cut school and travel to Berlin to attend the great May Day parade in the Eastern sector. The trip begins as a lark, but descends into chaos after their capture by East German police on trumped up currency-fraud charges. Paul and Charlotte race to Berlin to rescue their children, unaware that Rick is carrying a secret roll of film that if discovered could ignite World War III. Carroll writes with rich, lyrical ease: "Clusters of spring flowers in every color wore the beads of the recent rain like a dust of glass." His characters are richly drawn, and the pieces of his impeccably paced story fit together with the cool precision of a Mercedes-Benz. He plays the cards of his plot perfectly, each new element a revelation, leaving the reader hungrily turning the pages until the riveting story is told and the lesson is learned, that real love is indeed a harsh and dreadful thing. A few electrifying days prove enough to transform the lives of these fascinating characters—and the world—forever.