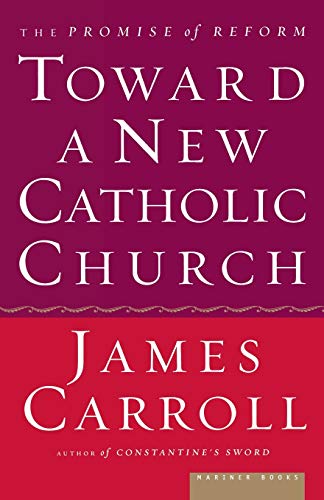 TOWARD A NEW CATHOLIC CHURCH: The Promise of Reform

In this reconstituted version of his call to Catholic reform at the end of , Carroll seizes the moment of Catholicism's sexual-abuse crisis to present his ideas afresh. His agenda for change is emblematic of the one touted by progressive reform groups throughout the church in America and Europe. Carroll, a former priest who was in the seminary during the landmark Second Vatican Council of the 1960s, proposes a "Vatican III," suggesting it could even be held in a place like Boston, the epicenter of the current scandal. He presents five areas of reform dealing with scripture, the ecclesiastical power structure, teachings about Jesus Christ, democracy and institutional repentance. Among other things, Carroll would like to see the church develop a more sophisticated relationship with its scriptures, loosen its power structures to permit more lay involvement, repeal papal infallibility and de-emphasize the traditional Christian teaching that Jesus is the only way to salvation so as to engender greater respect for other religions. The latter springs from Carroll's deep concerns about the church's long history of anti-Semitism, and it is a constant, somewhat overused, theme as he expands on his vision for a new Catholic Church. Readers who support the kinds of changes Carroll is seeking will be drawn to his latest work, but some orthodox Catholics may find his ideas disturbing.