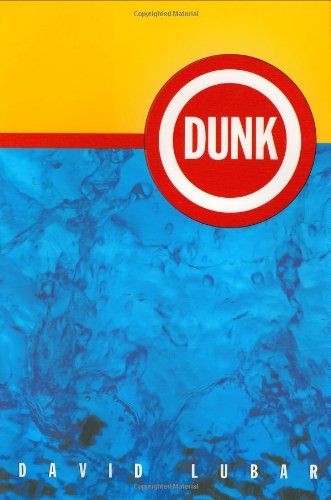 The slightly tawdry world of boardwalk arcades along the New Jersey shore is just one of the attractions of Lubar's () engrossing novel. From the first moment soon-to-be-11th-grader Chad hears the boardwalk clown hurling insults ("His voice ripped the air like a chain saw," the novel begins), the teen is mesmerized. The "bozo," whose witty barbs lure passersby to try and drop him into a water tank, represents all that Chad is not: "Nobody ignored him. Nobody looked down on him or told him he was a loser." The boy adds working as a bozo to his list of goals—along with seeing a certain girl again—for what he hopes will be "the greatest summer of his life." But plans go awry when a rival beats him to the romance punch, his best friend is struck with a life-threatening illness, and Chad has run-ins not only with the police but also with the bozo himself, a troubled man who sublets a room in Chad's house. As Chad surmounts each challenge, he shakes off the shadow of his deadbeat absent father and learns the difference between "a laugh that can cut you up worse than a knife" and laughter that heals. Lubar ably charts a watershed summer between boyhood and manhood; the boardwalk bozo serves as a deft metaphor for the power and control for which adolescents hunger. Ages 12-up.