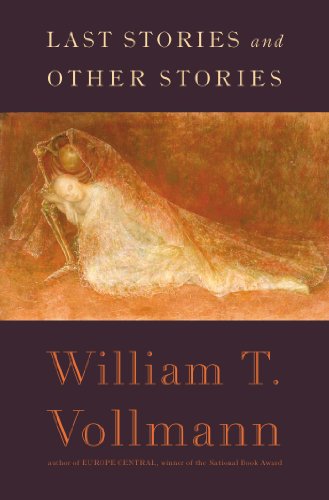 Last Stories and Other Stories

In the note to the reader that opens this huge collection, Vollmann (Europe Central) states, “This is my final book. Any subsequent productions bearing my name will have been composed by a ghost.” Vollmann’s fiction has always defied easy categorization. Here, he straddles, twists, and morphs action-adventure, horror, political thriller, fantasy, and literary fiction. What gives the book coherence is his singular style: elaborate and picaresque, with a rich vocabulary, an abundance of long and loopy sentences, and an irresistible energy. He’s a yarn spinner, in the tradition of Lovecraft and Dinesin, and his subplots and digressions are woven elegantly into the main narratives. The 32 stories are grouped geographically for the most part. The three set in Bosnia and Herzegovina depict the horrors and insanity of war. The novella, “The Treasure of Jovo Cirtovich,” set in Trieste, combines religion, myth, and romance into an 18th-century high seas adventure. Mainstays of horror and the supernatural figure prominently, and it’s especially exciting to read these pop-fiction conventions treated with Vollmann’s narrative richness. Related stories “The Faithful Wife” and “Doroteja,” both set in Bohemia, feature a ghost and a vampire, respectively. The longest piece in the book, “When We Were Seventeen,” is set in the U.S.; it’s a sweeping and sensuous tale of lust and longing, featuring a witch. Here’s hoping that Vollmann changes his mind about this being the end. (July)
close
Details