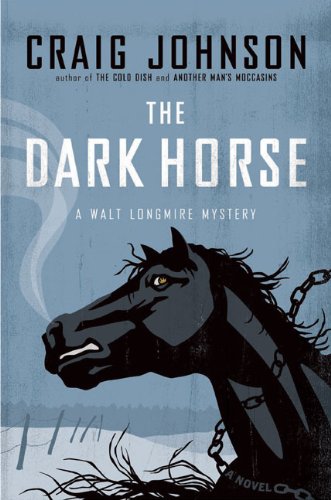 In Johnson's superb fifth contemporary mystery to feature Wyoming sheriff Walt Longmire (after 2008's ), Walt has his doubts about Mary Barsad's guilt when she confesses to shooting her husband, Wade, after Wade allegedly burned down their barn with all Mary's horses inside. Even though the crime is out of his jurisdiction in a neighboring county, Walt can't shake the feeling that there's more to Mary's story. Posing as an insurance agent, Walt starts poking around the tiny town of Absalom, whose main attraction are the fights at the local bar. He meets an illegal immigrant bartender with a knack for crime solving, the Barsads' loyal cowhand and some ranchers who may have had their own reasons for wanting Wade dead. Walt digs deep into the dilapidated town's history, unearthing secrets that might be better left buried. Series fans will delight in seeing Walt return to his cowboy roots as he mounts a horse and navigates the sparsely populated state.