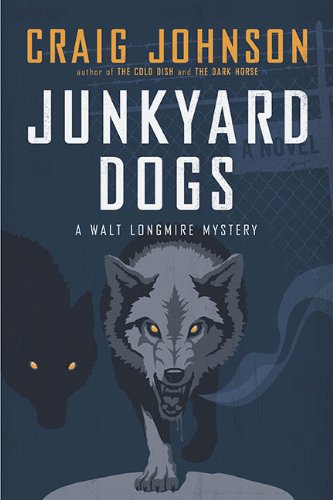 Johnson's sixth mystery featuring Wyoming sheriff Walt Longmire (after 2009's ) will remind readers that a big city isn't necessary for a compelling crime story and enduring hero. One blizzardy February day, Walt and his deputies—Victoria Moretti and Santiago Saizarbitoria—visit the Durant, Wyo., dump, owned by the Stewart family, to investigate a severed thumb found in a discarded cooler. There they discover that the Stewart family patriarch, George, was almost killed after someone dragged him behind a '68 Toronado. Walt winds up playing peacemaker between the cantankerous Stewarts, longtime Durant residents, and the owner of a new housing development bordering the junkyard. When a search of the dump unearths a surprising side business and two deaths follow, Walt realizes he has bigger problems on his hands. Series fans as well as newcomers will cheer the laconic Walt every step of the way.