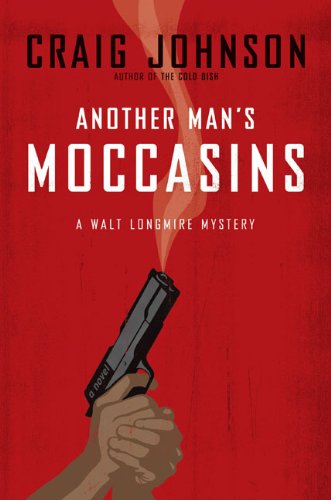 At the start of Johnson's stellar fourth mystery to feature Wyoming sheriff Walt Longmire (after 2007's ), Walt responds to a call that leads to the discovery of the body of a young Vietnamese woman, Ho Thi Paquet, along an Absaroka County highway. Squatting nearby with Paquet's purse is a massive Crow Indian later identified as Virgil White Buffalo. When Walt finds a photograph of himself and a Vietnamese barmaid taken in 1968 among the victim's belongings, Walt realizes that the murder isn't as clear-cut as it appears. With the help of his longtime friend, Cheyenne Indian Henry Standing Bear, Walt retraces Paquet's steps and uncovers disturbing links to a California human trafficking ring as well as to his own past as a military inspector in Vietnam. Vivid war flashbacks give a glimpse of a younger but no less determined Walt. Full of crackling dialogue, this absorbing tale demonstrates that Longmire is still the sheriff in town.