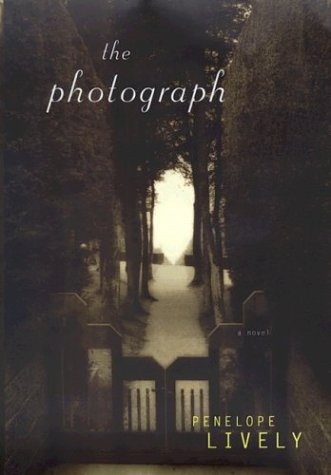 Lively likes historians. Her most famous novel on this side of the Atlantic, the Booker Prize–winning , told the story of a popular historian; her latest narrates the quest of a "landscape historian" in search of what Proust called "lost time": the living past of his dead wife. Glyn Peters, a famous British archeologist, discovers a compromising photograph of his wife, Katherine Targett, sealed in an envelope in a closet at home. Peters specializes in excavating the long defunct gardens, buried fields and covered-over roads of the British landscape. Reverting to professional habits, he treats Kath's infidelity as a sort of archeological dig. The photo depicts Kath and Nick Hammond, the husband of Kath's sister, Elaine, surreptitiously holding hands on some outing, with Elaine and Mary Packard, Kath's best friend, in the background. Glyn decides to interview this cloud of witnesses, beginning with Elaine. Elaine is a successful, and somewhat cold, landscaper; Nick, her polar opposite, is a man one degree away from being a Wodehouse dilettante. Lively, who is never shy of letting us know her opinion of her characters (like Trollope), makes her disapprobation of Nick plain. Elaine, after learning of the affair, kicks Nick out. He takes refuge with Polly, their daughter, in London, and goes rapidly downhill. Glyn, meanwhile, has searched out Nick's ex-business partner, Oliver Watson, who took the photograph, and Mary Packard. Lively is always a discerning, keenly intelligent writer. This, for instance, is how she describes, in three irrevocable words, Elaine's pregnancy: "She is pregnant: heavy, hampered, irritable." Unfortunately, Kath, a demon-haunted beauty with little depth, remains unconjurable. Her insubstantiality and the much-foreshadowed nature of her death, not revealed until late in the novel, drains this story of its full emotional impact.