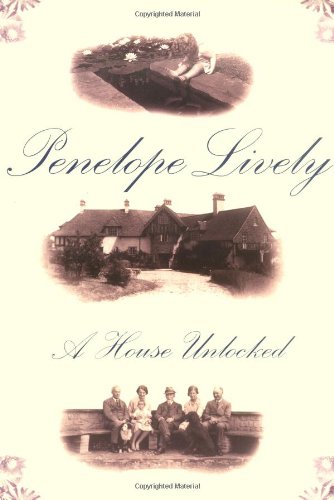 Using "the furnishings of a house as a mnemonic system," Lively () takes readers on an imaginary tour of Golsoncott, the Edwardian country house her grandparents bought in 1923, home to several generations of her family. She recalls the gong stand in the entryway (a symbol of "vanished rituals" calling the family to its meals) and her grandmother's intricately worked sampler, with its row of "skinnies" (representing evacuated children boarding at Golsoncott during WWII)—just a few of the many objects that "spun a shining thread of reference" to another era and way of life. In this combination personal/social history, Lively tells of how even the layout of the rooms spoke to changes in thinking over the course of the century. Children were quartered in a nursery wing, far from the adults, not at the center of household life as they are today. Grandfather had his dressing-room separate from grandmother's bedroom; the gender divide in the early 20th century was not a "distinction" so much as a "chasm." Surrounding the house were its gardens, reflecting in their botanical variety the progress of British colonial expansion and commercial enterprise. Family photos with the names of the dogs and horses penciled in recall riding's role in country life and inspire a digression on the history of foxhunting. Despite all this, Lively unlocks more than the house and its century; the author herself is here, a product of both her corseted grandmother and the more modern eras that followed. This is a quietly intelligent, oddly soothing meditation on modernity.