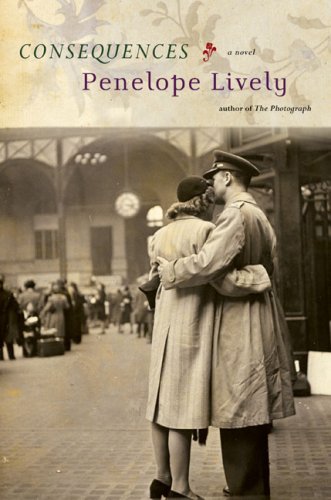 Booker and Whitbread prize–winner Lively begins her 14th novel, a multigenerational love story, in a London park in 1935, ends it nearly 70 years later after covering several lifetimes of love and heartbreak. The story starts when Lorna Bradley and Matt Faraday meet in St. James Park; they are instantly drawn to one another despite her upper-crust upbringing and Matt's "tradesman" profession. After their marriage, they settle in the country where Matt works as an engraver and Lorna fulfills her domestic role as a wife and mother to their daughter, Molly. It is an idyllic situation until Matt is drafted and sent to Egypt, where he is killed in action. Lorna and young Molly relocate to London, and Lorna works with Matt's friend Lucas at his small printing press. Predictably, Lucas and Lorna marry, but she dies giving birth to Simon. The narrative diverges as grown-up Molly finds employment as a library assistant and has an affair with a wealthy man who fathers her child, Ruth. Grown and with children of her own, Ruth's curiosity about her ancestors sends her on a journey that brings the novel full circle. Lively ( ; ) has crafted a fine novel: intricate, heartbreaking and redemptive.