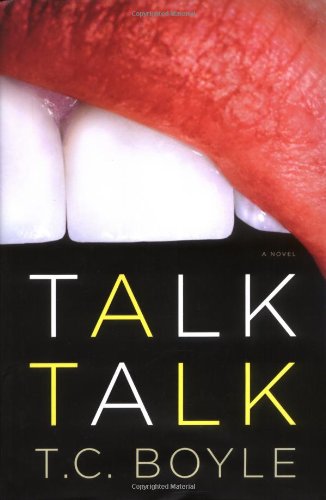 Bestseller and PEN/Faulkner Award–winner Boyle recasts the battle of good and evil as an identity theft suspense story in his 11th novel (following ). Dana Halter, a "slim, graceful, dark-eyed deaf woman of thirty-three," runs a stop sign and is hauled off to jail when a routine police check turns up multiple pending felony charges. As Dana disappears into the criminal justice system, her earnest and willing boyfriend, Bridger (on deadline doing a sci-fi film's special effects), isn't much help. Meanwhile, William "Peck" Wilson—a social parasite whose lifestyle includes Armani, a house in Marin County and a shopaholic bombshell girlfriend imported from a former Soviet republic—is actually the man behind the charges against Dana. Finally out on bail and reunited with Bridger, Dana lacks the resources to clear her name, but in the best tradition of the good guy willing to sacrifice everything for justice, Bridger chucks his job, and the two set off on Peck's trail. Boyle, always a risk taker, neatly manages the challenge of a deaf protagonist and a bad guy who is a gourmet cook, genuinely loves his bombshell and has a soft spot for children. As Dana and Bridger hurtle across the country and the tension mounts, Boyle drops crumbs of wisdom in signature style, and readers will be hot on the trail.