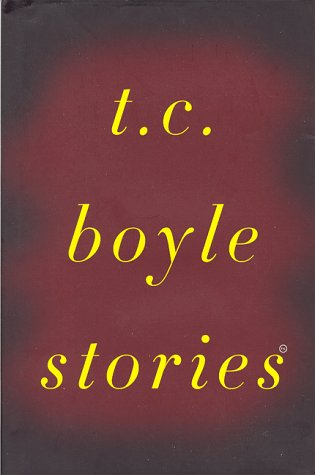 A premier practitioner of short fiction, Boyle (Water Music) gathers two decades worth of work in one volume of almost 70 stories, adding seven pieces (three previously unpublished) to the contents of his previous four collections. The entries are organized thematically, evenly divided among ""Love,"" ""Death"" and ""And Everything In Between""; thus chronology is jumbled and early pieces flank more recent ones. The ""Love"" stories are so polished and sophisticated they all but glitter. In them, very often a hapless male, modestly hoping merely to get laid, encounters an obsessed woman and finds himself eventually undone. Sex itself is not especially important to Boyle, but obsession is. Obsessions of one sort or another (animal activism, germophobia, Elvis, frogs, squirrels, whales) inform these stories, which sparkle with wicked wit and exuberant prose. The last ""Love"" story serves as a sad transition to the tales of ""Death."" ""Juliana Cloth"" chronicles the way a sexually transmitted virus decimates an African town, and a girl goes--knowingly--to an embrace that will kill her. The cumulative effect of the ""Death"" section, though, is numbing, repetitiously grotesque and finally gratuitous. However, the collection's texture quickens in the last section, ""And Everything In Between,"" a potpourri of chilling fables. Throughout Boyle's work, real people (Eisenhower, Khrushchev, Carry Nation, Robert Johnson, Mao, Jack Kerouac, Jacques Cousteau) appear in narrative out-takes that are invariably amusing and, like Boyle's more serious work, mordant, worldly and irreverent. Author tour. (Nov.)
close
Details