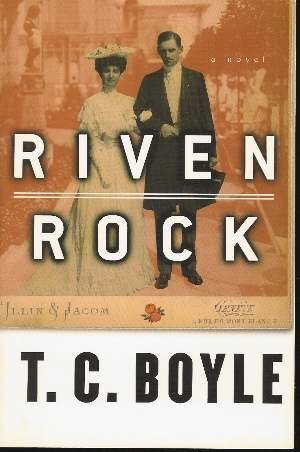 T.C. Boyle (for that is how the former T. Coraghessan now styles himself) has gone back into recorded American history again, as he did in The Road to Wellville, for his characters and story, embroidering as necessary with his knack for grotesque portraiture and violent action. His protagonist is Stanley McCormick, the charming, upstanding son of the millionaire inventor of the American Reaper, who was struck down by madness in his young manhood at the turn of the century and spent much of his life incarcerated in a Santa Barbara sanitarium originally built, with McCormick wealth, for his equally mad sister. Other pivotal characters are Stanley's wife, the beautiful and determined Katherine Dexter, whose faith in her husband's eventual recovery never wavers, and Eddie O'Kane, the burly, handsome Boston-Irish womanizer and boozer who is Stanley's male nurse for much of his life. Stanley requires a male nurse because his illness, apparently brought on by a crushing father and a clinging mother, is a psychosexual disorder that leads him to attack women on sight (and has prevented him from ever having sex with Katherine). Boyle is very good on the parade of idiosyncratic doctors and psychiatrists who troop through Riven Rock, as the Santa Barbara place is called, and on faithful Eddie's dreams of escape. The problem with the book is that, for all its vividness, one senses early that nothing is going to change. Stanley will have lucid intervals; then something will turn him into a raging madman once more, and poor Katherine will have to be patient and long-suffering all over again; Eddie will have his problems with the drink and the women. Meanwhile, the 20th century, with its cars, jazz and flappers, catches up with this California outpost. Despite the powerful writing, the dailiness of this long novel does it in. A rather desultory trial scene at the end doesn't lift the book, and it ends quietly and glumly. Author tour. (Feb.) FYI: Boyle's 1995 novel, The Tortilla Curtain, has just received France's Prix Medicis Etranger Prize. Viking will release Boyle's Collected Stories in fall 1998; Penguin's newly repackaged editions of East Is East, Water Music and World's End are now available.
close
Details