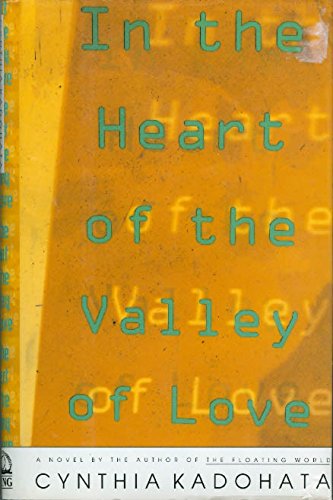 In the Heart of the Valley of Love

Confirming the talent she demonstrated in her praised first novel, The Floating World , Kadohata's new book is a chilling vision of the 21st century, conceived with prescient imagination and rendered in lean, evocative prose that blossoms into stunning images. The book's narrator is 19-year-old Francie, who lives in a futuristic Los Angeles divided into ``richtown,'' where the white people have virtually barricaded themselves, and the slums where the nonwhites who make up the majority of the population attempt to avoid starvation and disease. This is a world where the government is repressive but ineffective, where violence is endemic, where people ``had long ago stopped rioting for change. Now they rioted for destruction.'' Everyone carries a gun; water and gas are rationed; ``the stars are faded by pollution''; and morality has given way to a mixture of fear, numbness and cynical self-protection. Francie, whose dead parents were Chinese, Japanese, and black, is part of the ethnic underclass. She shares a small house with her Auntie Annie and her aunt's lover, Rohn; the latter, however, mysteriously disappears as the book begins--undoubtedly arrested for engaging in the illegal ``delivery'' trade of black-market merchandise. Kadohata creates a coherent picture of a deteriorating society on a dying planet through a mosaic of quotidian details, delivered by Francie in the passive, detached manner of one who has become accustomed to a meaningless existence. Yet when Francie falls in love with Mark, like herself a college student, she gradually recovers the sense of possibility in her life, and begins to understand love's power to redeem and engender hope. As timely as this week's news, yet with the enduring value of literature, this novel speaks simply but eloquently of the human spirit's capacity to survive. (Aug.)
close
Details