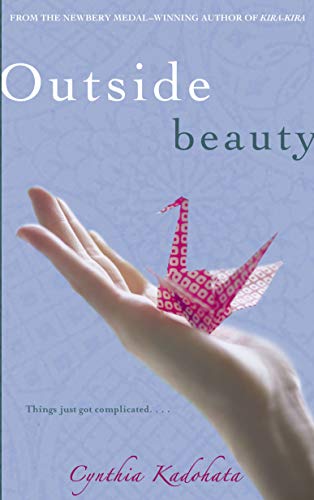 Newbery Medalist Kadohata's ( ) gifts for creating and containing drama and for careful definition of character prove as powerful as ever in this wise, tender and compelling novel. Although the 12-year-old narrator, Shelby, and her three sisters are as different as their respective fathers (whom they rarely see), they remain devoted to one another and to their stunningly beautiful Japanese-American mother, who uses her looks to collect men the same way she collects pieces of jewelry (and for much the same purpose). When their mother is critically injured—and disfigured—in a car crash, the girls are dispersed from their Chicago apartment to the care of the four fathers. At first Shelby's father, a Japanese-born gum manufacturer in rural Arkansas, reminds her of “one of those nearsighted Japanese men with cameras who moved in clusters throughout Chicago tourist attractions.” But when one of the fathers appears to be mistreating a sister and Shelby tries to plan a way for all four to reunite, she begins to appreciate her father's kindness and generosity, and to find beauty in unexpected places. Her growing insight into the difference between beauty and perfection accompanies steady revelations about families and love. Ages 12–up.