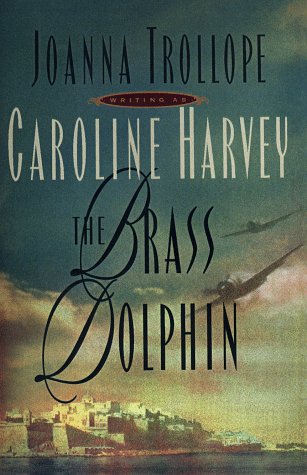 As readers might surmise, even when she writes under a pseudonym and chooses an exotic setting, Trollope is not one to succumb to the conventions of a standard romantic novel. In this first of her historical novels to be published here, Trollope/Harvey allows the complexities of human nature to influence a credibly bittersweet ending. In 1938, when 20-year-old Lila Cunningham--frustrated by her poverty-stricken life in a small English town near the North Sea--learns that her cheerfully feckless father has lost their house to the bank, she appeals for guidance to the elderly, childless Perriams, a couple who employ her as a research assistant. The Perriams seize upon a solution: Lila and her father will become caretakers of Villa Zonda, a house they own on Malta. After an arduous sea voyage, the Cunninghams discover that the dilapidated mansion is brimming over with a large, exuberant peasant family. Also to her surprise, Lila is pursued, quietly and steadily, by a young Maltese schoolmaster, Angelo Saliba. But Lila has eyes only for the two dashing nephews of snobbish Count Julius Tabia, though she knows that the titled family will never fully accept her as a wife for either of them. The advent of WWII forces Lila to move beyond dreams to action. Under the tutelage of Miss de Vere, a formidable presence in the English-speaking community, she works at a hospital caring for the wounded; at Villa Zonda, she scrapes together meals and grows ever closer to Carmela, the ambitious, English-speaking young daughter of the peasant family. But a part of Lila still clings to her romantic dreams, and only after a series of deaths and a postwar trip to a victorious Britain does she realize she is truly independent--and, most surprising of all, content. Trollope's compelling and perfectly paced story is capped off with a satisfyingly realistic and ambiguous conclusion. (Sept.) FYI: This is the first of Trollope's Caroline Harvey novels, all previously published in the U.K., to be issued here.
close
Details