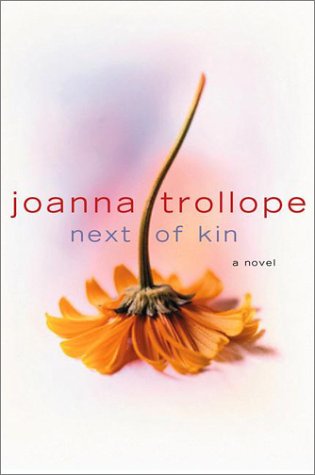 Joanna Trollope, Author NEXT OF KIN

Among bestselling British author Trollope's enviable skills are her ability to create characters with believable flaws, and to ponder plausible life situations in which the best possible outcome is merely pragmatic, rather than romantic, and tinged with rue as well as guarded hope. In her ninth novel (after ), the theme is the inevitability of change and the possibility of growth. The Meredith family, for generations farmers in the rural English midlands, are now beset by financial problems in a changing economy. The book opens with the funeral of Caro Meredith, a transplanted American who never adjusted to being a farm wife. Her husband, taciturn Robin, is less bereaved than relieved, since Caro stopped loving him long ago, but their adopted daughter, Judy, has always taken her mother's part and bitterly resents both her father and his dairy farm. Robin's parents live nearby, raising crops on their own acreage, and so does Robin's troubled brother, Joe, and his needy wife, Lindsay. Trollope does an excellent job of describing the dynamics of farm life, both the unremitting labor and the encroachment of modern techniques. As usual, she conveys the nuances of marriage, in which lack of communication can breed tragedy. After another family death and Robin's unexpected attraction to Judy's flaky London flatmate, Zoe, the novel becomes a crucible of change, realistically describing how brave people pull themselves together and move on. In addition to crafting an absorbing narrative, Trollope charms with her depiction of several young children, whose speech and behavior are captured with clarity and endearing fidelity.