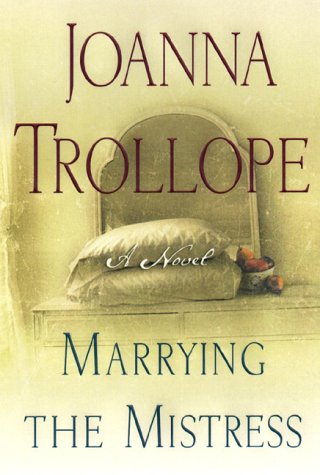 In her latest tale, about a May-December romance and its effects on the individuals and families involved, Trollope again displays her extraordinary gift for representing the intricacies of familial relationships and the vicissitudes of domestic life. British Judge Guy Stockdale, of the Stanborough Crown Court, is just over 60, and feels it is time to tell his wife, Laura, that for the last seven years of their 40-year marriage he has been deeply in love and having an affair with much younger Merrion Palmer. Merrion, a barrister, is only 31Dyounger than Guy's two sons, Simon (a 38-year-old father of three adolescent children) and Alan (a 35-year-old homosexual), and she forthrightly admits that Guy may be her father figure. Laura does not take the news well, despite the unhappiness that pervades her marriage. She obstinately refuses to talk or negotiate with Guy; characteristically, she clings to her favorite son, Simon, who's a lawyer, and forces him to represent her against his father. Laura's manipulation of Simon puts a tremendous strain on his marriage; his wife, Carrie, already resents Laura as a ""self-absorbed, self-pitying woman"" who uses her son as ""a bloody substitute husband."" Meanwhile, Simon and his family and Alan get to know and like Guy's mistress, an acceptance that Merrion ultimately finds intimidating, since she fears her identity will be subsumed in Guy's family. And Guy, dreading ""the inevitable infliction of pain,"" struggles with guilty deliberations on Merrion's future with an aging husband. None of the themes hereDbetrayal and anger, the lovers' age difference, the grasping mother, the daughter-in-law's resentmentDare terribly unusual, but Trollope's proven ability to present them intelligently, as moral and emotional tangles faced by thinking, interesting people, satisfyingly combines the universally recognizable and the intellectually engaging. This novel should easily vault onto the bestseller lists. 12-city author tour; Penguin audio. (June)
close
Details