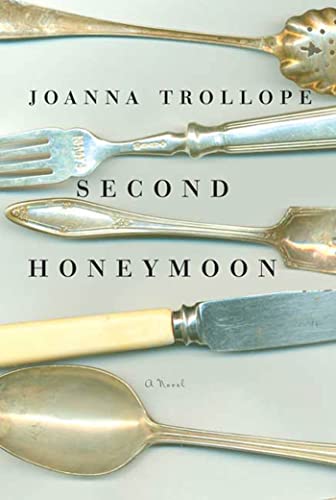 Over 16 novels, Trollope has explored a plethora of the modern family's permutations; her 17th is a tender, funny ode to empty nest syndrome. Edie Boyd is a middle-aged, part-time actress and London mother of three whose youngest is packing up and moving out. Husband Russell is delighted with the chance to rediscover and retune their marriage, but Edie can't quite face life (or herself) without being "Mum" on a daily basis. Not to worry: the children almost simultaneously fall prey to a series of mishaps and financial troubles, and Edie is delighted when her wish to have her brood back is suddenly granted. At this point, the transformations one expects in a flown coop begin to take hold, as does the comedy. Embedded in the novel's sometimes soap opera turns, which cut expertly from the children's points of view to Edie's, are Trollope's somehow insightful takes on the perennial career vs. child-rearing dilemma. The struggles of Edie, of Russell, and of children Rosa, Matt, Ben and their various partners are deftly rendered in the dialogue that dominates the book; it has a good pace and marks out the narrative decisively. The things her flawed but lovable characters say to each other, in fact, save Trollope's tidily concluded latest from feeling too much like chick lit for the PBS set.