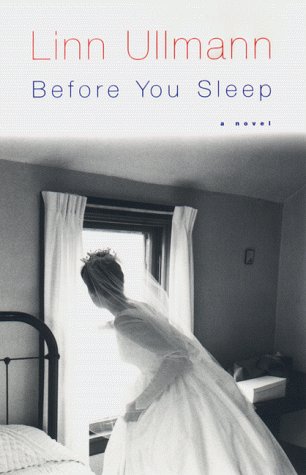 A rich portrayal of mother-daughter relationships, Ullmann's ambitious first novel spans nearly 70 years and four generations of a Norwegian family perpetually in battle with itself. Narrated by Karin Blom, the capriciously clever and willfully unmarried youngest daughter of the third generation, the novel opens with Karin and her nephew Sander, waiting for a phone call from Julie, Sander's mother and Karin's sister. Julie is in Italy with her husband, Aleksander, where the two are making a last-ditch effort to save their marriage. The tension is such that the reader immediately senses that any news from a relative in this family is bad news. Julie's matrimonial woes unpleasantly echo the divorce of the sisters' parents, the annoyingly eccentric but ""irresistible"" Anni, and the distant, uncommunicative man Karin calls only ""Father."" This in turn leads Karin back to her grandfather Rikard, who turned his back on his homeland and made his fortune in Depression-era New York, and whose own marriage to Anni's mother, June, sowed the seeds of family strife. Karin's entire family experience has made her equate truth and intimacy with negativity and despair, and so she impulsively crafts elaborate tall tales and seduces men in the manner of a child playing at war. Ullmann deftly offsets her slow-building drama with Karin's fantasy sequences and perversely uproarious caricatures of family members. Ullmann, who has lived in both Oslo and New York, always provides fine background detail, but it is the irrepressible Blom women who attract the reader's sympathy. Rights sold in the U.K., Sweden, France, Italy, Spain, Germany, Portugal, Greece, Brazil, Holland, Israel, Finland and Denmark; 10-city author tour. (Oct.)
close
Details