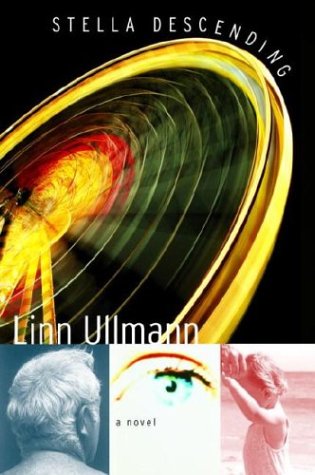 One part unsolvable mystery, one part modern fairy tale, Ullmann's second novel is a wonderfully strange follow-up to 1998's well-received . In the early morning hours of August 2000 in Oslo, the "more beautiful than beautiful" Stella and her enigmatic husband, Martin, embrace on the roof just before she loses her precarious footing and falls to her death. The three eyewitnesses—each with a curious connection to Stella—and Corinne, the investigating officer, who has the ability to smell guilt, aim to decipher the nature of the embrace: was it Martin's failed effort to save his wife, or a successful attempt to push her? Among Stella's mourners are her two daughters, 15-year-old Amanda (who refers to Martin, her stepfather, as a "wicked sorcerer") and young Bee, whose birth inexplicably disturbed her father, Martin: "Sometimes I would get it into my head that the baby was evil." The mysteries are myriad: how did Martin and Stella feel about each other? What were their true intentions? Does Martin's penchant for bringing out the worst in people ("Other people's contempt is so easily aroused") preclude him from loving his wife? As the only character who doesn't take a turn narrating the story—even Stella chimes in from beyond the grave—he forfeits his chance to defend himself. Ullmann pairs her native Scandinavian starkness with playful prose—often sexually graphic—to peculiar, pleasing effect. The oddness may be off-putting at first, but once one enters Ullmann's hypnotic world, the reward is an emotionally rich and layered story about the elusiveness of truth.