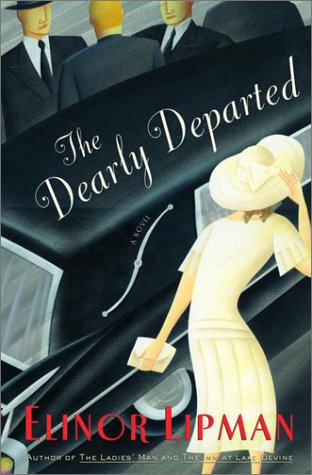 Lipman () sets her breezy, workmanlike novel in King George, N.H., a small town where the sudden accidental deaths of a secretly engaged couple summon their two grown-up children to sort out the conundrum of their relation to each other. Both the dead woman's stoical daughter, Sunny Batten, and the man's cranky son, Fletcher Finn, possess an identical corona of satiny gray hair; both are 31; and neither has ever met the other, although their parents have been on-and-off lovers for years. Sunny, who lives in New York, grew up with her mother in King George, and as a girl was a serious golfer. Fletcher, who grew up in Pennsylvania, has just gotten himself fired as campaign manager to Emily Ann Grandjean, an annoying, anorexic rich-girl candidate in a New Jersey congressional race. One look at Sunny and Fletcher's resemblance to each other at the funeral and the town is abuzz with conjecture and benign gossip. Novelist Lipman, who knows from smalltown, confidently enters the head of everyone worth meeting in King George: chief of police Joey Loach, who survives a gunshot thanks to his mother's insistence that he wear a bulletproof vest; Sunny's former best friend, Regina, who married the captain of the golf team; and the waitress at the Dot, Winnie, who keeps tabs on everyone. After the initial plot is pleasantly sketched out, the work feels thin, and Lipman resorts to repetitious dialogue and switches in narrative voice to keep the action moving. Major characters like Sunny and Emily Ann begin to sound alike, and Fletcher's initial, endearing prickliness smoothes out predictably to allow Lipman to tidily tie up the ends of this unremarkable, occasionally humorous, mostly conventional light comedy.