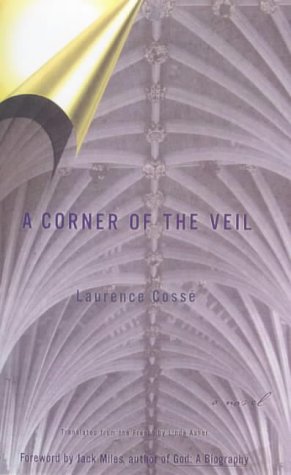 A Corner of the Veil

This droll, paradoxical novel of theological manners, a bestseller and prize-nominee in France, is both provocative and thoroughly delightful. Father Bertrand Beaulieu, a member of a Jesuit-like order called the ""Society of Casuits,"" opens a letter from a crank, a fellow who has already bombarded Beaulieu with numerous proofs of God's existence, all of them flawed. This one, however, demonstrates God's existence irrefutably in a mere six pages. Beaulieu is literally floored; when he recovers from his prostration, he rushes to show the letter to Father Herv Montgaroult, who has the curious job of refuting all philosophical proofs of God. After reading this unquestionable one, Montgaroult finds himself in a state of bliss, wandering the streets of Paris. The two fathers take the proof to their superior, Hubert Le Dangeolet, who doesn't read the paper himself, but locks it in his safe. Dangeolet realizes in a flash that this proof means, potentially, the end of the order. As he explains to his superior, Father Waldenberg, ""We can't have our whole Casuist province in France slipping into a way of life that is positively Franciscan, and the ecstatic branch at that."" In a series of comical plot twists, the news keeps leaking out, to a select few, of course. The French prime minister, Petitgrand, demands to see the proof and is apparently so overwhelmed that he announces to his cabinet the coming reign of love. This news properly horrifies the ministers of justice, interior and economics, who see the whole structure of greed and aggression--the linchpins of modern society--collapsing. Not to speak of their jobs. Cosse falters a bit in finally summarizing the proof. Still, with tight, clever and confident prose, this novel performs a bit of a miracle itself by turning theology into farce. (May)
close
Details