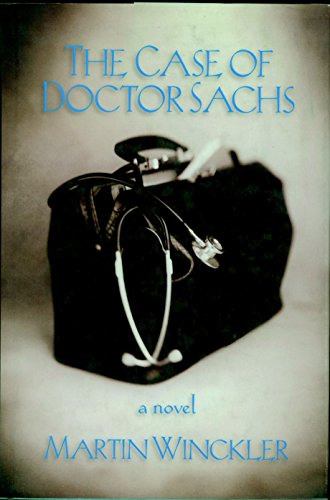 The Case of Doctor Sachs

The original version of this immensely engaging, painstakingly composed journal about a provincial doctor who makes house calls was hailed in France upon its publication in 1997. Like the physician whose logbook it describes, Winckler, the nom de plume of French author Marc Zaffran, is a general practitioner who, according to the publisher, has chosen writing as his preferred method of helping sick people. Bruno Sachs, ""single-minded, hypermoral, kind of jerky,"" sets out his shingle in the small French town of Play because it needs a doctor and his abiding ambition is to obey the Hippocratic Oath. The journal is made up of discrete chapters or vignettes written in the unassuming voices of his patients, mostly farmers and small tradespeople, employees and family members. Throughout, Sachs is referred to as ""You,"" e.g., ""You're a good guy and you're very clear, but I do think you ask some questions that are a little too personal."" Sachs's ""part-shrink part-father-confessor"" manner wins the trust of his flock, whose litany of physical torments gradually plunges him into a paroxysm of grief and pity. He is especially sympathetic to the needs of women; he gives them abortions at the clinic, and eventually falls in love with his patient Pauline Kasser. Above all, Sachs is a good listener, and it is by this gift alone that he often comes to the heart of a patient's suffering. Sachs finds true love with Pauline, who in turn encourages him to heal through writing. There is no unifying, cohesive drama to the novel save in the personality of Sachs, but rather a series of deeply felt leitmotifs (smoothly translated with the American reader in mind). As Sachs opens himself to the inexorability of human misery, Winckler allows glimpses into the doctor's personal notebooks and confessions, thereby completing his affecting portrait of a fallible and saintly fellow tortured by his powerlessness to turn back death. (Oct.)
close
Details