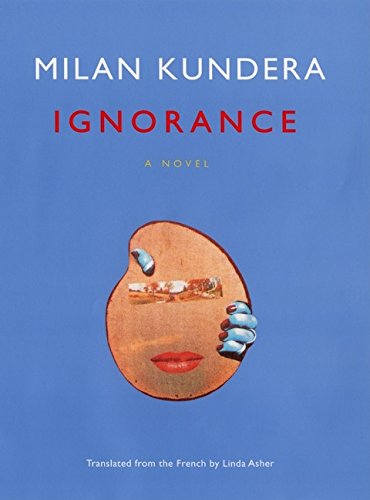 "Would an even be conceivable today? Is the epic of return pertinent to our own time? When Odysseus woke on Ithaca's shore that morning, could he have listened in ecstasy to the music of the Great Return if the old olive trees had been felled and he recognized nothing around him?" Kundera () continues to perfect his amalgam of Nietzschean aphorism and erotic tale-telling in this story of disappointing homecomings. The time is 1989 and the Communists have fallen in Prague. In the Paris airport, Irena, a Czech émigré, recognizes an ex-compatriot, Josef. More than 20 years ago, Josef almost seduced Irena in a Prague bar; the two chat and agree to meet again in Prague. Each is returning for a different reason. Irena, in 1968, fled the country with Martin, her husband, to escape the political pressure he was under. Martin is long dead, their children are grown and Irena is now being pressured to return to Prague by her Swedish lover, Gustaf, who has set up an office in the city. Josef, a veterinarian, also left the country after the Russian invasion, out of disgust. He is returning to the Czech Republic to fulfill a request from his recently deceased wife. Both discover new and annoying aspects of Prague (such as Kafka T-shirts) as well as old bitterness. When they meet, Josef neglects to tell Irena one fact: he doesn't really remember her. With elegant detachment and measured passion, Kundera once again shows himself the master of both the erudite and the carnal in this Mozartian interlude.