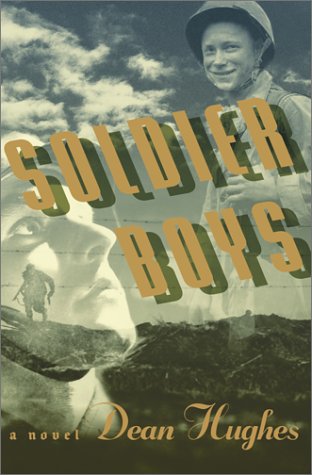 The premise of Hughes's () novel, the disillusionment of two idealistic boys—one American, the other German—who idealistically insist on hurrying into battle during WWII, proves more compelling than the somewhat uneven plotting and character development. The author effectively portrays the motivations of Hitler Youth leader Dieter, from his nascent aspirations at 10 to the brainwashed zealotry in the name of Hitler that leads him to lobby to be sent into combat at the age of 15. However, the back story describing the motivation of 17-year-old Spence, a Utah Mormon who joins the Airborne paratroopers to prove his toughness to the folks back home (especially one disinterested girl), feels cursory. The pace of the narrative quickens as the boys each experience the gut-wrenching and haphazard realities of war that challenge their starry-eyed, patriotic notions. Though some readers will find a few passages overblown (e.g., "None of this seemed like the stuff Spence had seen in the movies") and Spence's religious epiphany—which leads to his rather convenient connection to Dieter—implausible, others will appreciate this realistically harrowing depiction of the pointlessness of war. Ages 10-14.