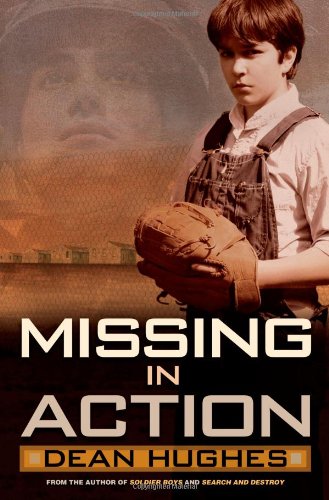 Set in Utah during WWII, Hughes's ( ) emotionally honest coming-of-age story follows the conflicted thoughts of 12-year-old Jay, who moves from Salt Lake City to a small town and contends with the casual racism prevalent among his new friends (“lazy Indian” stereotypes are common, and the boys nickname Jay “Chief” after learning his father is half Navajo). Jay's abusive father has been missing for months after his ship was torpedoed in the Pacific, and introspective, sensitive Jay awaits his improbable return with the hope that everything will improve once his family is reunited. When Jay's grandfather gives him a farm job alongside 17-year-old Ken, a fun-loving Japanese-American from California who has been relocated with his family to an internment camp, they become friends, and Jay has to confront his own prejudices (before meeting Ken, his knowledge of Japanese people was limited to unsympathetic portrayals in the movies and war posters of “ugly little yellow guys with glasses”). Hughes pens a candid and dynamic tale that illuminates the complexities of discrimination and the power of friendship. Ages 10–14.