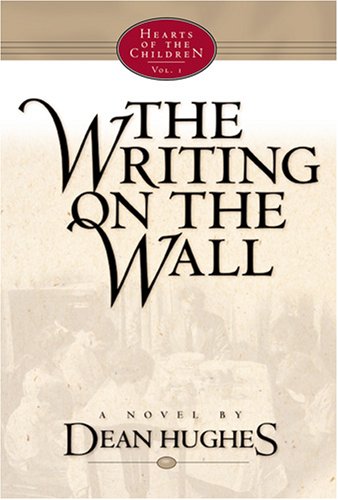 THE WRITING ON THE WALL

Bestselling Mormon author Hughes continues the family saga he began in the World War II–era Children of the Promise series with a new series set in the turbulent 1960s. The story begins in 1961, the day the Berlin Wall was erected, and weaves the lives of four teenage cousins into the tumultuous events of the early civil rights movement and the Cold War. Three cousins live in Utah, rooted in the large, loving, faithful, but politically diverse extended Thomas family. Gene is a popular, all-star athlete who dates the one girl who doesn't worship him and faces the challenges of serving a Mormon mission. Kathy is a passionate firebrand who becomes involved in the civil rights movement in the South. Diane chafes against her mother's expectations and must make difficult choices in her dating relationship with a non-Mormon friend. The fourth cousin, Hans, is trapped with his family in East Germany. He suffers a crisis of faith as his family's devotion to their church costs him his chance for higher education and advancement. Hughes is a masterful epic storyteller; his characters embody an impressive array of political, social and religious views within the Mormon faith, and readers will find that they care about all of them. The novel is a sensitive, realistic treatment of history, religion and the dramas of youth coming of age. Its conclusion, a wonderful balance of resolution and suspense, will leave readers hungry for the next installment.