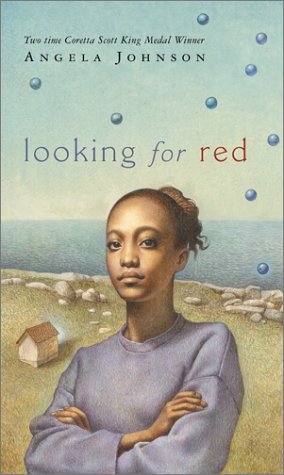 "I think it's like walking barefoot in a room full of broken glass, when someone you love goes away," notes the bereaved young narrator of Johnson's () penetrating novel set in a seaside town on Cape Cod. Mike (short for Michaela) initially tells readers, simply and rather enigmatically, that "one day my brother, Red, just disappeared from us forever." Yet as Mike, a middle-schooler, weaves scattered recollections of time spent with her sibling into an affecting account of how she, her parents and Red's closest friends, Mona and Mark, are dealing with their pain, she slowly brings the particulars of the tragedy into focus: only in the conclusion do readers learn of Mike, Mona and Mark's private burden of guilt. As Mike and Mona had cheered them on, Mark had struck a deal to give Red his car if Red swam from shore to a buoy and back—but Red disappeared under the water in the attempt. Mike finds solace in intermittent visions of her brother and memories that emerge from the silence with which she often surrounds herself: "I've been listening again to things not spoken. I've been quiet the last few days 'cause I'm waiting to hear." While the elegiac pace and impressionistic prose may challenge many readers, those mourning a loss are likely to find Mike's incisive observations familiar and comforting. Ages 10-up.