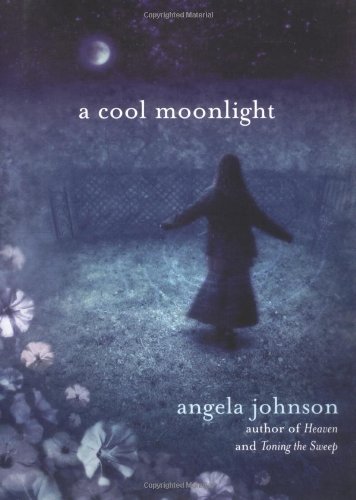 Johnson ( , reviewed above) raises intriguing themes of the supernatural, the lure of nighttime and the heroine's yearning for the sun, but despite her lyrical language, fantasy and reality elements sit uneasily together in her latest novel. Narrator Lila is two months away from her ninth birthday; she also explains that she cannot go into the daylight, due to her xeroderma pigmentosum, which makes her sensitive to UV rays. Yet she longs for sunshine (she likes raisins because "i want all things that have been kissed by the sun"). Her "best friends" Elizabeth and Alyssa only visit Lila at night, and are helping her put together a "sun bag" (the purpose of which is never fully explained). Lila also has a friend in her neighbor: "david and me have been friendly since way before elizabeth and alyssa and me." One day while Lila and David are with Lila's older sister, Lila spots Elizabeth and Alyssa—but David can't see them ("she she sees alyssa and elizabeth," David tells Lila's sister). Johnson plants seeds as to the elusive girls' identities: Alyssa "never answers" Lila's questions directly; later she asks them, "are you fairies?"; "maybe," they reply. The night before her birthday, Lila meets Jackie, who is visible to David, too, and Lila never sees Elizabeth and Alyssa again. Their abrupt departure leaves lingering questions (Does turning nine mean that there's no place for imaginary friends?) that detract from the finale: Lila's mystical nighttime birthday party. Ages 8-12.