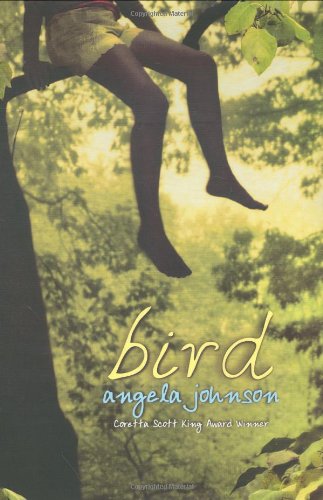 Johnson's ( ) quiet, affecting story told in three voices follows Bird, 13, as she runs away in pursuit of her stepfather. In rural Alabama, Bird is befriended by two boys connected by a single heart: Ethan, her stepfather's nephew and recent recipient of a heart transplant, and Jay, a teen coping with the sudden death of his younger brother—a death that provided a healthy heart for sickly Ethan. All three introspective teens seem mature beyond their years, even when they do stupid things (such as riding along in a stolen car), and Johnson's lyric touch occasionally lapses into twee moments (as when Ethan spies Bird dancing in the moonlight on his family's property). But the overwhelming kindness of these characters (Ethan keeps Bird's secret, Ethan's parents plant flowers, without explanation, in Jay's yard) trumps the occasional lapses in verisimilitude. The author leavens all the hurt with humor; Bird wonders, for instance, why everyone she meets in Alabama offers her a meal. "They'll feed you if they think you're hungry, guess you're hungry, or if you aren't hungry but they are." In the satisfying ending, Bird realizes she's run after the wrong thing, but the time spent in the compassionate world Johnson has created makes this a worthwhile journey anyway—for her heroine and readers. Ages 10-14.