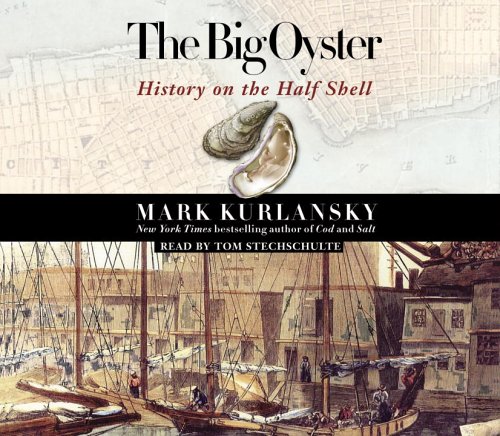 The Big Oyster: History on the Half Shell

Who knew that New York City was once the oyster capital of the world, and that at one time it held half of the earth's supply, harvesting 700 million in 1880 alone? Or that oysters were not just a delicacy for aristocrats but also affordable, cheap even, sustenance for working folk. Tom Stechschulte's pairing with Kurlansky's ( , ) ode to the heyday of the (the eastern oyster) is a dead-on perfect match. With an authoritative yet amiable tone and sounding very much like Gene Hackman, Stechschulte delivers the information in as calm and instructive, yet wholly engaging way. is a cautionary tale of man's nature, which lays waste to any exploitable resource, with conservation always a tardy afterthought. Stechschulte's fine reading entertains while educating about how New York City, once known for its oysters and concretely connected to the sea, slowly becomes an island unto itself, losing its connection to its surrounding waterways completely and, along the way, lost some of its unique identity to the name of progress.