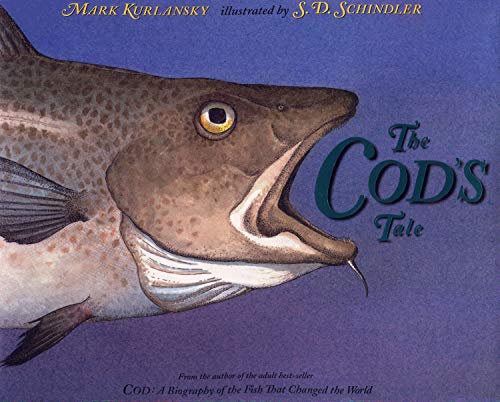 In this concise and informative adaptation of his book for adults, , Kurlansky traces the role that the once plentiful Atlantic cod has played in the history of North America and Europe. After describing the habits and habitat of this fish, the author explains its importance to both the survival and the economy of various peoples—the Vikings, the Basques, European explorers, subsequent North Atlantic colonists and 20th-century Americans—as well as its role in the slave trade and even Columbus's 1492 voyage to America. Sprinkled throughout are some lively historical anecdotes and quotes from books from various periods. Translating his 300-plus page book to a picture book for young people, Kurlansky's narrative becomes somewhat murky or misleading at times (as when he notes that, unlike the original American colonies, those to the far north, such as Nova Scotia, Quebec and Newfoundland, remained loyal to the British Empire: "It was too cold to fish for cod in their northern winters and so they did not develop as prosperous an economy as had given the lower thirteen a feeling of independence"). But a timeline running along the bottom of each spread and the clever conceit of following the fish through history will keep readers on track. Schindler's () watercolor-and-ink illustrations effectively depict the changing eras, and humorous particulars perk up the narrative. Ages 5-up.