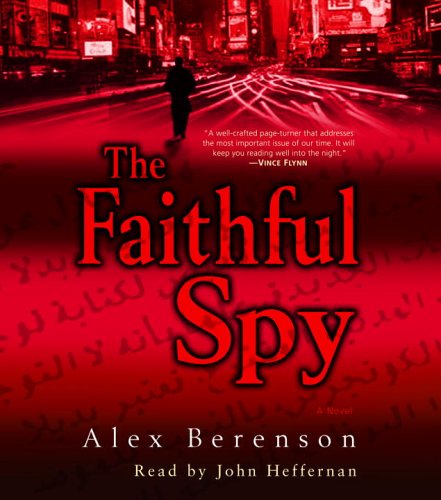 Debut novelist Berenson is given fine representation in this intriguing audio book. John Wells, an American CIA agent, has spent the last decade of his life successfully infiltrating the inner sanctums of al-Qaeda. Guilt-ridden over not having been able to stop the actions on September 11, he readily accepts the chance to return to the U.S. when he's recruited as one of the primary participants for an act of terrorism designed to bring the country to its knees. After being taken into custody by a suspicious CIA, Wells escapes and goes undercover on his own with the fervent hope that he can prevent whatever terrorism al-Qaeda is looking to unleash. Narrator Heffernan provides a rich, melodic voice for Berenson's novel. Helped by Tony Daniel's expert abridgment, Heffernan keeps the complicated story's expositional narrative moving with a clean journalistic detachment that enhances the growing suspense. Although he may stumble some when it comes to accents, Heffernan manages to make each character a distinct individual. Genre fans should relish this thinking man's thriller.