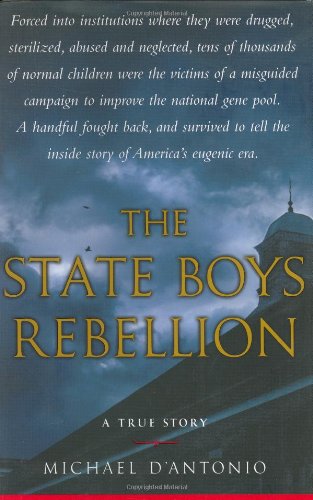 The 1971 Stanford Prison Experiment shockingly demonstrated that the world's most powerful narcotic might well be unlimited power over the powerless. Emancipation movements the world over have also taught us that even the most abjectly powerless will, given enough time, fight for their freedom and dignity. These two precepts are at the heart of Pulitzer Prize–winning journalist D'Antonio's startling account of the wholesale incarceration of the mentally retarded during the middle decades of the last century. The bastard child of progressivism and eugenics, the institutionalization by the 1930s of needy children with below-average IQs was a well-established part of the legal system. The effect of this was to consign many children to overcrowded and underfunded medical prisons where physical, emotional and sexual abuse was rampant—and quite literally without end. D'Antonio wisely chooses one institution, the Walter E. Fernald School for the Feebleminded, in Massachusetts, where a group of boys, utterly (and correctly) convinced of their lack of abnormal status, after nearly two decades of confinement, in 1957 instigated a violent uprising in Ward 22, the prisonlike facility where misbehaving inmates were periodically sent. Thanks to their indomitable conviction that their institutionalization was unjust and the growing awareness on the part of certain sympathetic outsiders over several decades, these young men were finally able to help put an end to this ghastly system. D'Antonio ( , etc.) deftly combines detailed archival research and extensive personal interviews to paint a richly nuanced picture of a horrifying and shamefully underexposed part of our country's recent history.