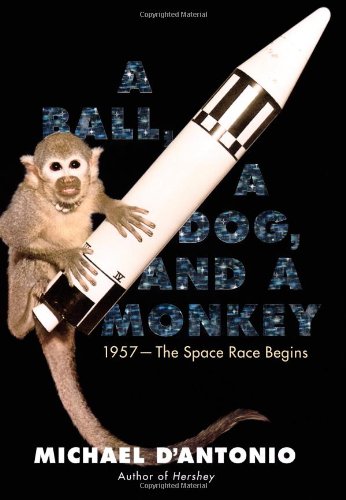 The Soviet Union captured the world’s attention in November 1957 when it shot a shaggy little mutt named Laika (“Barker”) into space on Sputnik II, which followed closely after Sputnik I, the first satellite ever launched. Pulitzer prize–winning journalist D’Antonio ( ) recounts how Americans, even though frightened by the Soviets’ apparent superiority in space, warmed to Russian reports on the pooch. The daily paper in Huntsville, Ala.—where Nazi rocket meister Wernher von Braun was scheming to get his Redstone rockets into space—advertised the local pound with a picture of a “refugee from the Soviet space program” suspended from a parachute. D’Antonio chronicles the frenzied year of 1958, when the U.S. Army and Air Force hawked their competing rocket designs to a president apparently more interested in his golf game, and an ambitious senator named Lyndon Johnson made political hay out of rockets exploding on the launch pad. American rocketeers wrapped up the year by sending a laid-back monkey named Gordo into orbit. Space buffs will be familiar with most of the details of D’Antonio’s story, but his fast-paced narrative incorporates firsthand accounts of everyday citizens caught up in the excitement of America’s push into space. 8 pages of photos.