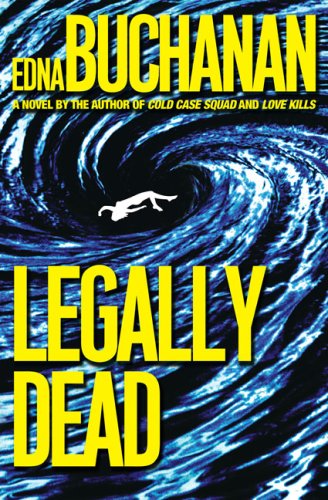 In this explosive first in a new suspense series from Edgar-finalist Buchanan, Michael Venturi, a deputy U.S. marshal involved in running the Federal Witness Protection Program, realizes a mobster he's in charge of, Gino Salvi, has been sexually assaulting and killing young girls in Flemington, N.H., where Salvi is hiding out. Fired by the Feds after Salvi takes part in an armored car robbery, Venturi and an old dog he's adopted head for Florida, where he and some trusted allies set upa private agency for staging fake deaths and fashioning new identities. While some of Venturi's clients appear to need a good lawyer rather than a faked death and new identity, Buchanan constructs some ingeniously clever scenarios for rendering these people “legally dead.” An expert at ratcheting up suspense and creating believable, flawed characters, Buchanan ( andeight other Britt Montero novels) gets thisnew series off to a powerhouse start.