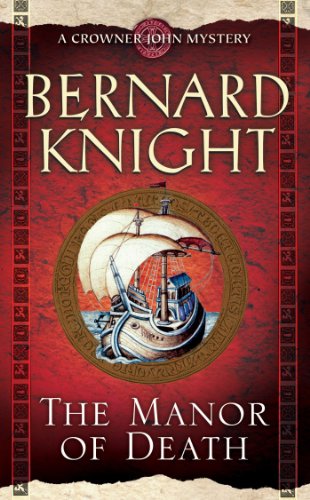 The Manor of Death

The lack of a true puzzle mars Knight's otherwise solid 12th historical to feature Devon coroner Sir John de Wolfe (after 2008's ). In April 1196, an attack by one ship on another in the English Channel culminates in the massacre of the attacked ship's crew. Shortly afterward, de Wolfe looks into the discovery of a strangled corpse in the coastal town of Axmouth. The body turns out to be that of Simon Makerel, a sailor who returned from his last voyage suspiciously affluent and ridden with guilt. The link between the murder and the act of piracy will be obvious to every reader, as it is to de Wolfe, who rapidly takes the measure of the port town and finds evidence that unscrupulous traders are routinely evading customs taxes needed for the king's treasury. Knight offers no plausible alternative motive for Makerel's murder, though as usual he nicely evokes the atmosphere of the period.