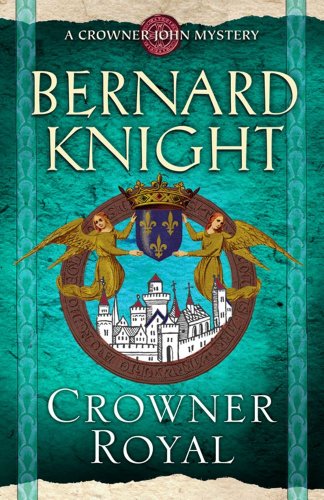 Set in 1196, the intriguing 14th entry in Knight's Crowner John series ( , etc.) takes Sir John de Wolfe to Westminster, where Richard the Lionheart has appointed him Coroner of the Verge. One hot summer day, from the window of the coroner's office, one of de Wolfe's officers chances to observe a stabbing by the river below. The assailant flees, while the body of a palace clerk is extracted from the Thames. As de Wolfe investigates, he must assert his authority over the haughty and incompetent London sheriff's department. The victim, the coroner learns, appears to have heard something not meant for his ears while servicing the palace's guest chambers. The murder fuels the king's suspicions that traitors are plotting to overthrow his rule. Straightforward, descriptive prose, spiced with a few period terms, brings 12th-century England to life.