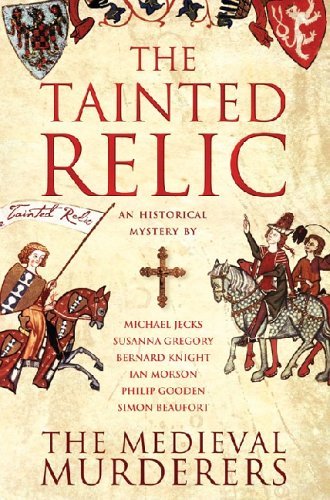 This entertaining but uneven round-robin effort by six British crime writers traces the sinister history of a "fragment of the true cross" from its origin in Jerusalem in A.D. 1100 through 10 bloody centuries. In Beaufort's prologue, Barzac, the unlikely Arab custodian of this artifact, places a curse on anyone touching the scrap of wood "stained with Christ's blood" after Crusaders massacre his family. The relic claims three victims in Jerusalem before turning up in 1194 in England, where chapman Robert Blundus (in Knight's absorbing "Act One") seeks to peddle this treasure to any willing churchman. Further travails over the centuries lead to Philip Gooden's lively conclusion, in which Shakespeare and friends get embroiled in a semicomical mixup between a missing play of his and this "popish gewgaw." A brief epilogue, set in present-day London, provides a final ironic twist.