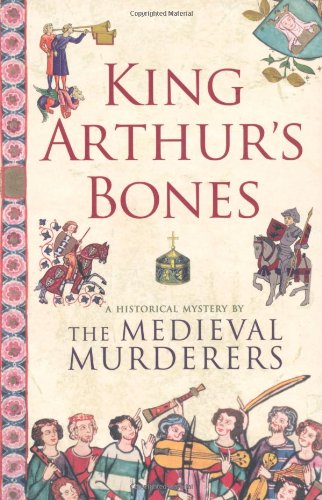 Five of Britain's most notable historical mystery authors team for the fifth time (after 2008's ) on a volume whose whole, in this case, is less than the sum of its parts. In 1191, the apparent discovery in Glastonbury of the skeletal remains of King Arthur isn't welcomed by some who fear proof of the legendary sovereign's death will weaken the morale of those who hoped for his messianic return. In the book's strongest section, written by Gregory, Meurig ap Rhys, the man who transported the bones to a small Welsh town for safekeeping five years earlier, must decide to whom he can trust the secret of their current location. Two years after Meurig's death, a series of murders places his sister in the role of detective. Gregory manages to integrate the linking device with a compelling, well-paced whodunit that doesn't come across as gimmicky.