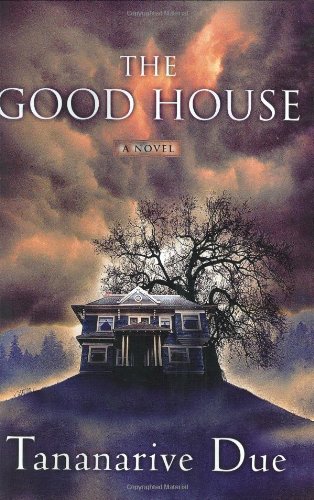 Using elements of the traditional haunted house story, Due () constructs an ambitious supernatural thriller reinforced by themes of family ties, racial identity and moral responsibility. The Good House in Sacajawea, Wash., has belonged to four generations of the Toussaint family, but current scion Angela Toussaint hopes to sell it. Originally the home of her beloved Marie, who used to heal the sick, the house has dispensed mostly pain to Angela, including the suicide of her mother when she was a child and the death of her son, Corey, who shot himself in the basement with a gun belonging to his father, Tariq. Angela's planned final visit dovetails with tragic incidents in town suggesting that a malignant force linked to the house is revving up. Then she discovers that Corey stumbled upon Marie's magic tools, and that, in a forgotten incident, Marie abused her healing powers to avenge an act of racism. Meanwhile, Tariq, who has become a demon incarnate under the house's influence, hastens to Washington for a showdown with his estranged wife. Due handles the potentially unwieldy elements of her novel with confidence, cross-cutting smoothly from past to present, introducing revelatory facts that alter the interpretation of earlier scenes and interjecting powerfully orchestrated moments of supernatural horror that sustain the tale's momentum. An ending that seems forced by an excess of sympathy for her characters is the only misstep in this haunting tale from a writer who grows better with each book.

The Living Blood My Soul to Keep