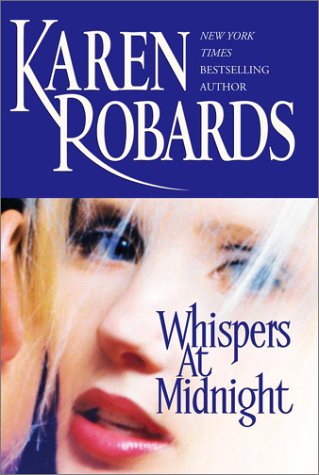 Like the junkyard mongrel who plays a pivotal role in the plot, this latest by the prolific Robards is a mix of breeds: Southern gothic, suspense and rough-and-tumble romance. It is sweltering summer when recently divorced spitfire Carly Linton returns to smalltown Benton, Ga., to open a bed and breakfast in the Victorian mansion she has inherited from her grandmother. She, her pet cat Hugo and her formidable business partner, world-class cook Sandra, arrive on a rainy midnight to find the electricity off and evidence of a prowler. When Carly runs screaming away, she is pinned to the ground by hunky Sheriff Matt Converse, who just happens to be in the area. Matt was Carly's hero in high school, but he treated her the way he treated his three younger sisters—until prom night, when he succumbed to her wiles and regretted it. He ignored her thereafter and 12 years later she hasn't forgiven him, though she still finds him irresistibly attractive. Persistent harassment by the prowler, who seems to be a stalker, lands Carly a police escort. With Matt following her everywhere, she is mostly safe from violent attack, but must endure Matt's less-than-romantic attentions ("She wasn't the most beautiful woman he'd ever seen. Hell, she wasn't even the most beautiful woman he'd ever fucked"). The appearance of a stray dog dubbed Annie provides comic relief and also yields clues to the stalker's identity—it seems Carly's not the first woman he's targeted. Robards is a lively storyteller, but some readers may be taken aback by Carly and Matt's earthy courtship ("Carly was visited by a moment of extreme thankfulness that... she'd had her breasts enhanced") and the everything-but-the-kitchen-sink plotting.