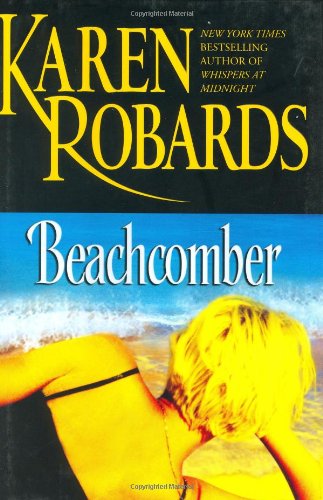 Mob honeys and Jersey capos populate this frothy, fast-paced offering from bestselling Robards. In the beachfront town of Ocracoke on North Carolina's Outer Banks, 27-year-old lawyer Christy Petrino hurries along the dunes to her rental cottage after running a risky errand for her "Uncle" Vince, a made man and her mother's on-again, off-again boyfriend. She thinks she's alone, but after growing up in a mob family in Atlantic City—her dad was killed by a hit man—Christy expects the worst. Her fears are promptly confirmed when she stumbles over an injured woman sprawled in the sand. Alerted by her screams for help, Luke Rand, an FBI agent disguised as a tourist looking for his cat, turns up, followed promptly by elderly Rosa Castellano, the year-round resident on the other side. When the police arrive, they find the woman on the beach dead, her throat cut. Was Christy herself the intended victim? Is her ex-fiancé, a mob-connected lawyer, out to get her? Or is the murderer a serial killer on the loose? Robards's engaging heroine in this thriller-romance is alternately a "hot little chickie" and the personification of true grit, tough and resourceful when she's cornered and as aggressive as Luke in a series of titillating sex scenes. An abundance of humorous asides—the exploits of a cat called Marvin; the makeover of Luke's nerdy partner; an encounter with an eco-group earnestly observing sea turtles—are the candy coating on this toothsome treat.