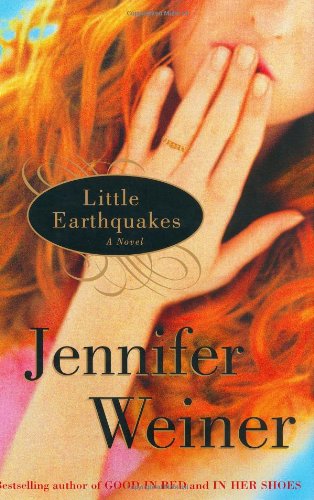 In her first and second bestsellers, and , Weiner came up with female characters so smart, lovable and mordantly funny that they reminded readers that Bridget Jones wasn't the first single woman to light up a bestseller list or the big screen—there were Sheila Levine, Mary and Rhoda, the Golden Girls. Now, just as the star-studded movie version of is about to be released, Weiner delivers the interwoven tale of four new mothers who come to form a tight posse in contemporary Philadelphia. The heart of this third-person narrative is Becky, an overweight but thoroughly appealing chef at a chic bistro. Married to an adoring doctor and living in a cozy row house, the warm, nurturing Becky is the latest incarnation of Weiner's previous protagonists, as Weiner's fans will recognize as she rushes to help another woman who collapses into sudden, crushing labor pains after a prenatal yoga class ("Being in labor all by herself —no husband around, no friend to hold her hand—was about the worst thing she could imagine," Becky thinks. "Well, that and having her midriff appear on one of those 'Obesity: A National Epidemic' news reports"). The woman whom Becky helps is Ayinde, the gorgeous wife of an NBA superstar. Picturesquely if improbably, she, Becky and another expectant mom, perky blonde Kelly (who was also at the fateful yoga class and lent a helping hand) become fast friends. Eventually, Lia, a beautiful young actress who has left Hollywood for her hometown of Philadelphia in the wake of a tragedy, joins the group. For much of the story, Weiner, a wonderful natural writer and storyteller, renders her characters and their messy, sometimes wrenching lives in details that resonate as the real deal. In the end, alas, she slips in a soapy Hollywood ending. Still, this is a rich portrayal of new motherhood and a fun ride. Weiner's readers will root for her to trust ever more her ability to float between comedy and pathos, leaving the shallows for true and surprising depths.