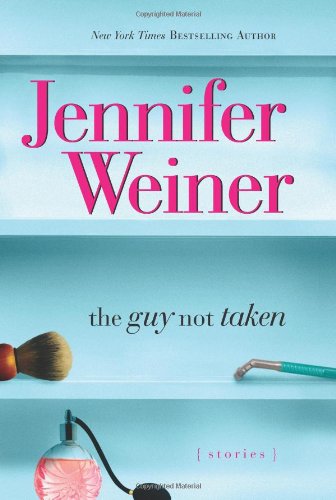 The Guy Not Taken: Stories

This collection of 11 stories written over the past 15 years reads like a series of studies for Weiner's larger chick lit portraits. As in the novels ( ; ), smart, acerbic, 30-something women battle dating damage and broken childhoods (absent fathers in particular) in order to build their own families—or to convince themselves they still want to. In "The Wedding Bed," a new bride realizes, "I thought that every story I would tell for the rest of my life will somehow be about this: about the man who left and never came back." "Mother's Hour" tightly focuses on new toddler trauma as experienced by first-time mothers and shows how motherhood can be another conduit for woman-to-woman envy and suspicion. In "Swim," sometime scriptwriter and obsessive swimmer Ruth, her face scarred from the car accident in which her parents died, must eschew the verbal "edge" she finds so compelling in men in order to find love. One roots for Weiner's characters as they come to terms—and in some cases, heal—from disappointment and neglect.